Ilika Technologies: Standing on the cusp of a revolution in solid-state battery technology

These are exciting times for Ilika Technologies – the solid-state battery pioneer initially spun out of the University of Southampton.

Having raised £15 million of new funding in April 2020, the company is set to feel the benefit of two significant investments in its manufacturing facilities, which will enable it to increase production capacity rapidly.

With the investment programmes in place, Ilika has emerged as a major player in the solid-state battery sector – capitalising on its expertise in electro chemically-active materials to develop products applicable for a broad range of applications including medical, IoT and electric vehicles. 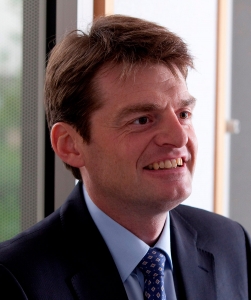 “It has been quite a journey, to date,” says Graeme Purdy, Chief Executive of Ilika Technologies, based in Hampshire. “We started from a very modest base, and I was employee number one. Now we have a fantastic team of scientists and engineers in place, and we are about to scale our production exponentially. There are some big players in the battery sector globally, but we feel our technology sets us apart.”

Ilika has developed two primary solid-state battery technologies, which are positioned at different ends of the market. The miniature Stereax thin film batteries have been designed for medical devices and hostile environments in areas such as the industrial Internet of Things, where they deliver a reliable source of power for wireless sensors. Meanwhile, large format Goliath cells are suitable for consumer goods such as cordless domestic appliances, and for electric vehicles. In both large and small applications, Ilika’s proprietary technology delivers some real performance benefits including high energy and power density, fast charge rates, long cycle and storage life, and safe and non-flammable operation.

“The difference comes with the choice of materials and the design of the cells,” says Graeme Purdy. “Other players in the field of solid-state batteries have chosen to use lithium metal anodes, whereas we use a silicon anode. Some of our rivals use sulphur-based electrolytes, whereas we use a ceramic oxide. We come from a different starting point which has enabled us to develop robust, well-functioning miniature solid state batteries that we are scaling up for larger applications such as cars.”

Following the successful conclusion of equity placing in 2020, Ilika is now implementing Stereax manufacturing scale up plans. Initially, Ilika favoured selecting a third-party fabrication facility into which it would install its proprietary cell manufacturing process.

However, it has now decided to keep production in-house at a site near its headquarters in Romsey, Hants. Once operational, the new production line will achieve a 70-fold increase in its capacity to manufacture Stereax batteries.

“We felt it was in our interest to keep direct control of production,” says Graeme Purdy. “We already have a Stereax pilot line, and that has allowed us to build up a concentration of expertise. Since this represents our first move into manufacturing at scale, we decided that we would be better off handling the technology transfer ourselves. Now, the challenge is to execute our production plans. We have an excellent team headed up by Paul Marron, our Technology Transfer and Manufacturing Director, and the new facility will be equipped by the middle of 2021.”

There are similarly exciting plans in place for Goliath battery programme, which has been supported by the UK Faraday Battery Challenge and involves collaboration with some of the world’s leading automotive players including Honda Europe, Ricardo, McLaren, and Jaguar Land Rover. 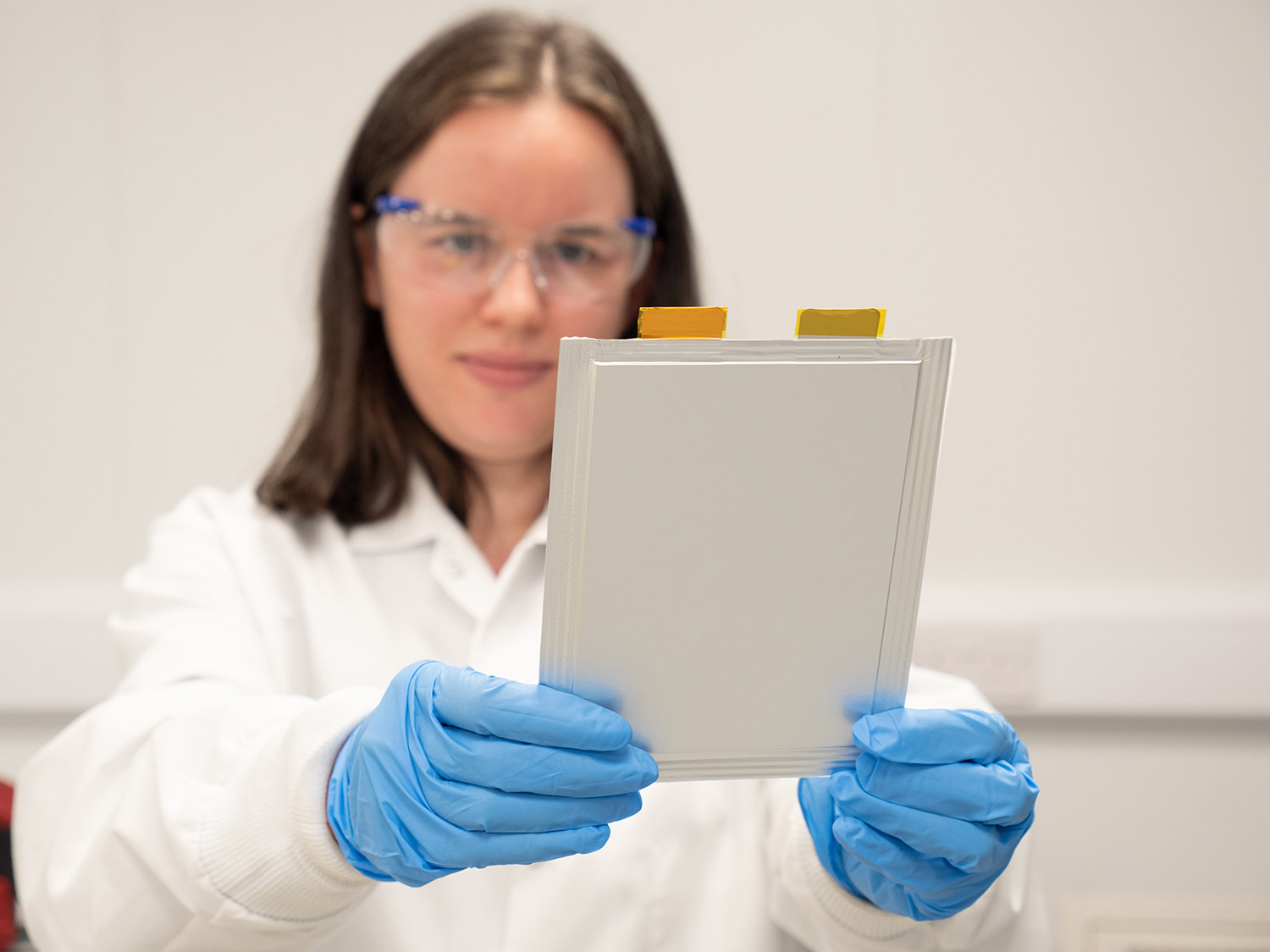 In September 2020, Ilika announced the signing of a framework agreement with the UK Battery Industrialisation Centre (UKBIC), the publicly funded battery production development facility, which is currently being completed in Coventry. This agreement will see the creation of an automated production line at UKBIC which will enable Ilika to boost production of solid-state Goliath cells from a kilowatt of capacity a week, to five megawatt-hours per week in the medium term.

“UKBIC will be a fantastic facility, with an incredible amount of expertise, which will help us progress our large-scale battery production,” he says. “At the moment, we have a pre-pilot facility that requires a lot of intervention from the engineers but enables us to produce these beautifully handcrafted artisan cells. We are at the stage where we need to increase the automation of the processes to reduce the human factor. This means we will be able to make our cells, reproducibly, taking out any variation. It will also deliver enormous increases in productivity.” 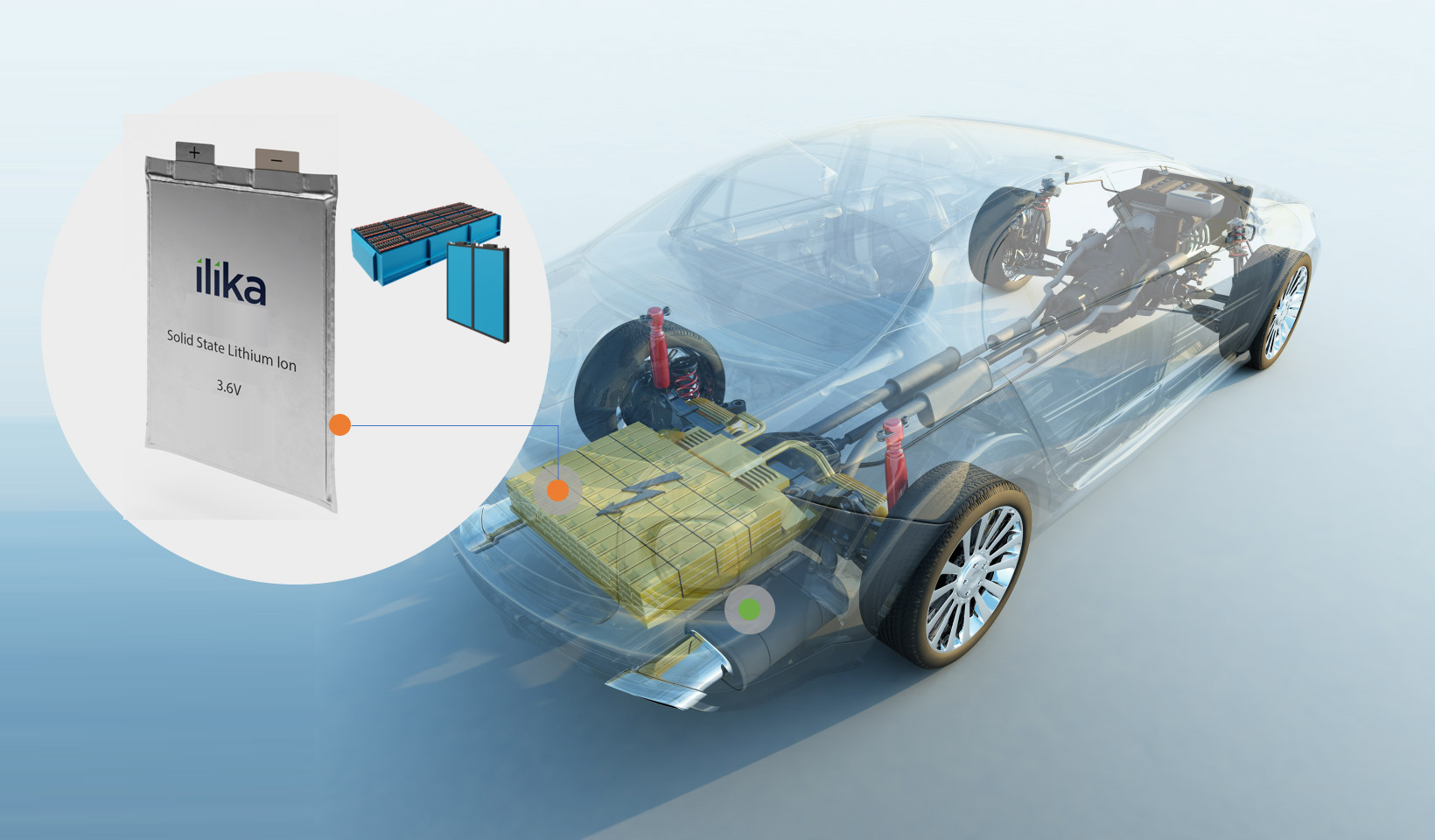 With both manufacturing investments progressing at pace, Graeme Purdy and the team at Ilika have a lot to keep them busy over the year ahead. The successful round of investment gives the company a solid foundation for the long-term as it looks to move into a new phase of operations.

“What we need to do now is consolidate the commercial arrangements that we have with customers, execute our manufacturing plans and start to ramp up revenues to generate a return on investment. It all makes for exciting times ahead,” he concludes.

Why I’m a big believer in the Bessemer Society

Graeme Purdy has always been a strong supporter of the Bessemer Society, the forum of serial entrepreneurs and leaders of science and technology companies that hold regular meetings across the UK.

While the get-togethers have had to be virtual for much of 2020, Graeme has still found enormous benefit as a regular attendee. “It’s a great forum for meeting like-minded individuals, with spirited conversations about the challenges of technology development and commercialization.

“There is always so much to learn and share at Bessemer Society events. People have either made mistakes that they are keen for others not to repeat, or they have had successes they want to talk about and leverage.

“This country has a relatively small manufacturing base now, relative to historical levels of manufacturing activity. And so, the Society plays the role of an important catalyst in bringing together what might otherwise be disparate bands of entrepreneurs and industrialists. It provides a fantastic forum for us to meet and interact,” he adds.