At a state-of-the-art facility on the outskirts of Coventry, Imperial College spin-out Impression Technologies is working hard to transform the cost economics of aluminium components on modern cars.

The company has invested more than $25 million to date, having developed a patented process that is scalable for high volume applications.

Such has been the interest in the technology, that Watkins believes that high-strength aluminium could follow a rapid adoption curve in the automotive sector similar to that of hot-formed steel. Indeed, Impression Technologies is on the verge of announcing several licensing deals with key tier 1 suppliers, with other partnerships in the pipeline.

“We are seeing a lot of interest in our high-strength aluminium forming technology from across the automotive sector,” said Watkins. “Many of the OEMs have recognised the significant benefits of the approach compared with other technologies, as it allows the production of deep-drawn complex structures at a highly competitive cost. Now we have to grow the company to ensure that we make the most of the momentum that has been achieved so far.”

The IP-protected Hot Form Quench (HFQ) process forms hot aluminium blanks at high speed, which are quenched in the press tool, followed by artificial ageing to achieve full strength. The typical cycle time from the sheet entering press to form and quench is between 5 – 10 seconds. The HFQ technology enables extremely complex aluminium parts to be formed in a single press operation while achieving high levels of strength in the finished part using standard grades of aluminium.

The process delivers several key benefits. The use of high-strength aluminium results in a 20 per cent weight reduction compared to some conventionally pressed aluminium grades. It also enables part cost reduction by combining multiple conventionally formed and assembled panels into a single pressing. The technology also provides design freedom, providing engineering teams with the opportunity to create enhanced designs, including the ability to achieve tight radii.

These benefits have already resulted in the application of HFQ in the automotive sector. The process is, for instance, used to produce high-strength A-pillar pressings for the Aston Martin DB11. The deep-drawn part is formed in a single operation, with the tight radii minimising the width of the pillar, and therefore maximising occupant visibility. 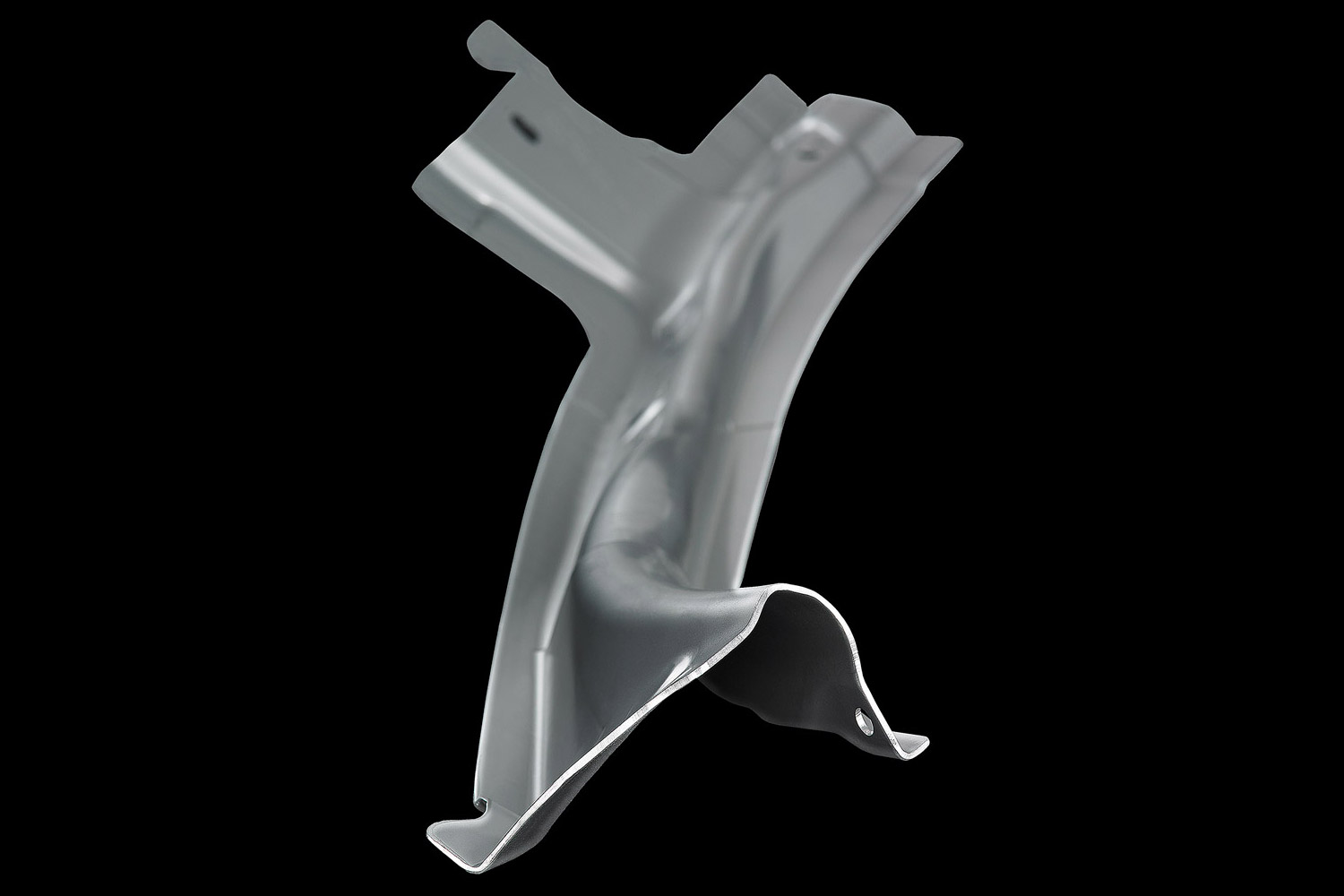 While Impression Technologies is fully equipped to carry out in-house prototyping and production runs to support HFQ customers and partners at its site in Coventry, the go-to-market strategy is to establish a network of licence holders for the technology.

“Initially this network is likely to comprise mainly tier 1 suppliers to the automotive industry,” confirms Watkins. “A lot of the capital in the OEMs is going into electrification and propulsion research and development, rather than body shop. It is the tier 1s that are increasingly leading in terms of technology in that area.”

The first wave of licensing deals will be in place by next year in the UK, Germany, China, the US and China, says Watkins, with the HFQ process enabling a common standard anywhere in the world. “Following these deals, wave two of adoption will result in up to another 15 licencing arrangements. Our go-to-market strategy needs to be carefully managed, though, as early adopters need a fair crack of the whip.”

The technology also has application in the aerospace sector, and Impression Technologies has announced its participation on a project led by Bombardier to produce HFQ nacelle components. “We are also in discussion with two other leading aerospace companies,” adds Watkins.

There is also the potential for application in the rail industry, and the company is looking at how HFQ might be used with other materials such as magnesium.

“It’s a fascinating time,” says Watkins. “The challenge is to keep on growing while not spreading ourselves too thinly. We have to keep the focus on achieving our aims.” 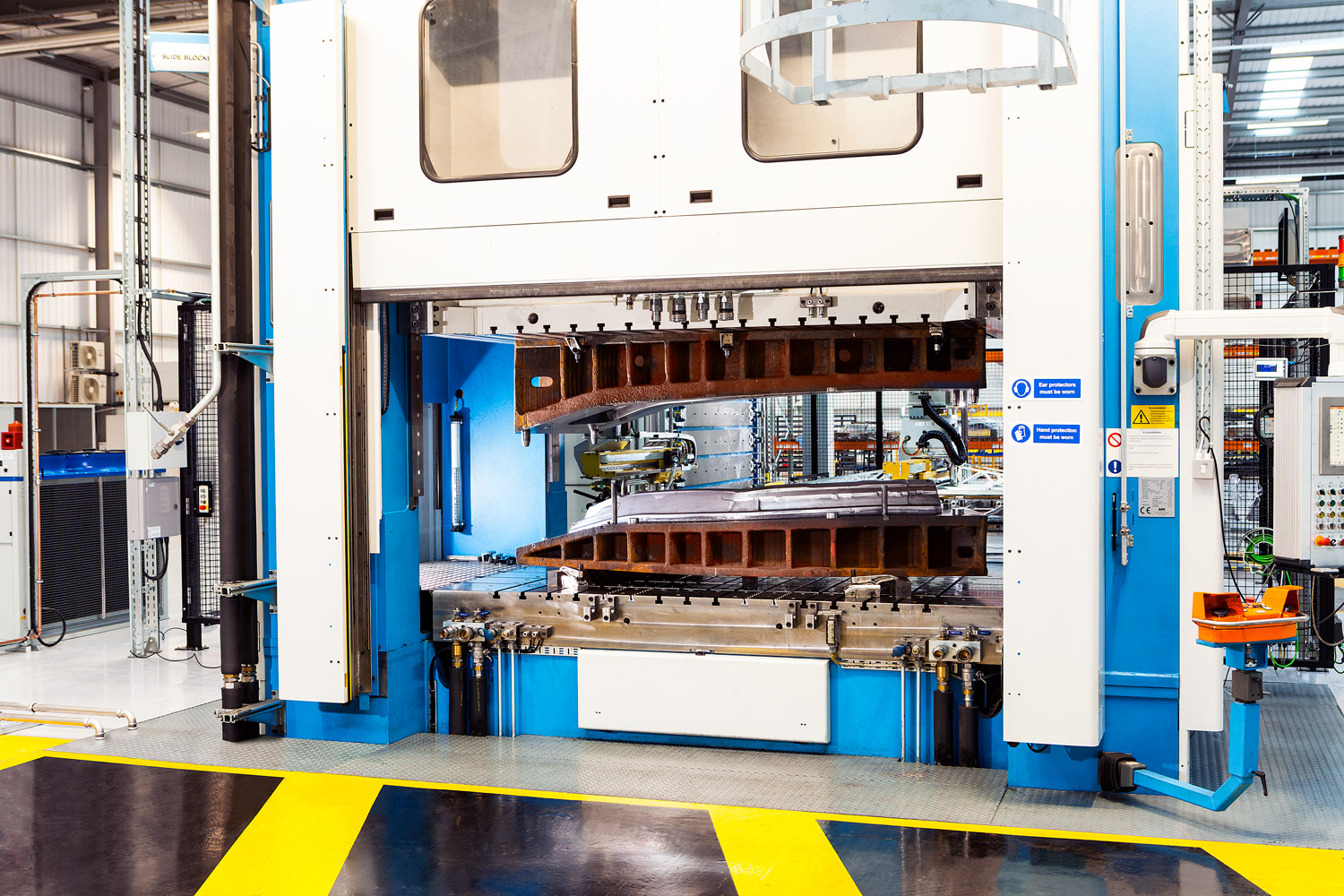 Impression Technologies can carry out in-house prototyping and production runs to support HFQ customers and partners.

While Impression Technologies is at a critical stage in its growth curve, chief executive Jonathan Watkins still finds time to attend Bessemer Society networking meetings, where serial entrepreneurs committed to creating successful new companies in the fields of science and technology come together to share ideas and discuss their collective experiences.

“These are beneficial events,” he says. “There is so much value in getting like-minded people in a room together to discuss new technologies and other business-related issues. The quality of attendees is also very high: the last meeting I went to included speakers from across the automotive sector, including OEMs like Jaguar Land Rover.”

Watkins also uses the meetings to talk through the typical growing pains of small to medium-sized enterprises. “Entrepreneurs in areas like science and technology have a lot in common,” he says. “Funding is always an issue, and the Bessemer meetings can provide useful links to public bodies such as the Advanced Propulsion Centre, which offers access to UK-based research and development projects.

“Skills shortages are another area of common interest. We are quite a niche organisation and finding people with the right technical skills can be a challenge. They don’t necessarily live at the end of the road.

“The Bessemer Society meetings provide an informal setting to discuss such matters. They are invaluable and enjoyable events.”